WHY DO WOMEN STILL FAKE ORGASMS? 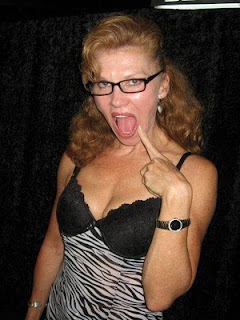 The five most common reasons that women give for faking orgasms are:

Many men today do not feel they are a great lover, until they give their partner an orgasm. Times have changed from many chauvinists lovers of the past. Men's reputations are at stake because women talk more openly today than ever before! (It has definitely become a 2 way street & your name could be mud if you are dull in bed.) Men are starting to feel pressured & sometimes it is too much to be the continual stud.


Many drugs available now can diminish the libido, like Prozac and Paxil. It is interesting that we take this pill because we are depressed, and then we lose interest in sex due to their side effects! Contradicts the whole process don't you think? Now we are depressed all over again.

Many women do not want to say NO to their partner for fear that if he is not sexually satisfied, he will wander to someone else's bed! There is validity in this thinking, especially if the sex has been lacking for quite a while. To keep the kindling on the fire many people will perform the "mercy" fake orgasm.

We all know we can fake it, but we certainly don't want to get in the practice of becoming good at it. If you are doing this on a regular basis, there is a problem with your relationship that needs addressing. (On the other hand, if you are living with a constant horn-dog, then by all means to get a good night's sleep once a week and go win that Academy Award!)

Some women take a while to climax and feel uncomfortable that their partner has to spend so much time pleasing them. They want them to feel like they are a fabulous lover in record time, not an hour and a half later. If this becomes a continual habit, it may not be YOU with the problem, it could be that you are sexually incompatible with that particular person. Not everyone is meant for each other and sometimes the sex is downright awful!

Don't always assume that you are the bad lover. They could be lazy and spoiled, therefore a selfish lover. In other words people flock to them, so they don't have to work too hard to woo someone into the bedroom.

Some Countries don't allow their women to have an orgasm and mutilate their clitoris so they never will. Can you believe that in today's world this is still practiced? In some cultures there is still a "who cares attitude" if the women orgasm or not. Many of these women will fake an orgasm so they don't hurt their man's ego!

Another fear or sexual pressure for some women, is the Viagra pill that is so available. Now men have an erection for a few hours rather than 15 minutes. The day Viagra comes out with a libido pill for women, will be the day the sexes become equal. Equal pay is one thing, but equal sex is everything!

Promote Your Page Too

Dear Sybersue
Vancouver, British Columbia, Canada
Dear Sybersue is a No BS Dating/Relationship Advice Show for Men and Women. This sassy relationship coach & video host "makes you think!" There is something for everyone on this channel regardless of whether you are single, dating, hate dating, divorced, dealing with a breakup, in a new relationship or have been married for 25 years! Susan McCord known as "Dear Sybersue" around the Web, helps men & women find love! As a mature woman she has "been there done that" and has so many T-shirts she can literally open a store! Why not listen to someone who has walked the walk already? People get lost along life's turbulent love path and need guidance to find their way back. Sybersue is always there to listen & to offer non-judgmental advice to anyone in need. She started writing at 10 years old & hasn't stopped since! She is an author, blogger & advice columnist! Say hi, leave your questions & enjoy watching this fun redhead in action! New Uploads Every Wednesday!

Susan is available for TV/Radio Guest Appearances as an Interview Host & as a Spokesperson for Networking Events.

Feel free to contact Susan with these requests.
dearsybersue@gmail.com